As Infinity War proves to be a global smash hit and a pop culture phenomenon, senior Square Enix devs are nervous about their Avengers project reaching the lofty critical acclaim that is 3 and a half stars out of 5. Teased in early 2017, little has been said about the project though there is buzz more will be shown at E3. 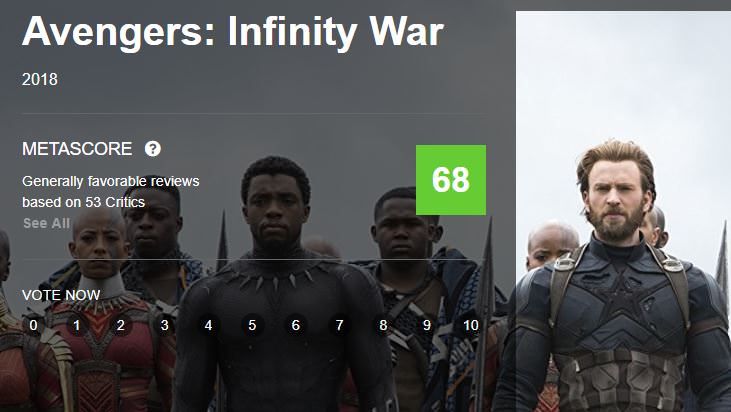 “We have our best western teams working on this project,” said a representative of Square Enix. “We know what our teams are capable of but getting over 70 on Metacritic? That’s a huge hurdle. I mean, it’s still a critical failure by video game review standards but it’s still, you know, a heck of a target on some scale maybe.”

With the strongest opening weekend of all time with worldwide figures putting it at $640million in takings, Avengers: Infinity War is smashing records left, right and centre. However if there’s anyone who isn’t intimidated by financial earnings, it’s Square Enix.

“We are very happy for the team at Marvel. We know that if they didn’t make a profit they’d likely be firing the creative forces behind Thor: Ragnarok and Black Panther, as any like-minded business would.”

In arguably the most exciting part of your week, you discovered some old photos of your father while helping them get ready to move. In one of the pictures was a moustachioed gentleman whom your father worked with. You noted to yourself that he had a striking resemblance to Nintendo’s Italian plumber, Mario. “Ah yes, […]

Player discovers 17 extra hours of content in The Order: 1886

Upon its release in February 2015, Ready at Dawn’s The Order: 1886 was panned considerably for its incredibly short campaign alongside numerous shortcomings. Many believed a game retailing for $60 with no multiplayer to add replayability should have a story as short as 5 hours. However, a gamer has surprised the internet after discovering that […]

With the announcement that Super Smash Bros would be getting a new version on the Nintendo Switch sometime later in 2018, many have been wondering if series director Masahiro Sakurai would be working towards gearing the game towards casual fans or the hardcore serious elite pro-competitive gamers. Today’s leaks suggest it may be the latter. […]