In Nintendo’s investor information release this week it was announced that a number of senior positions would be changing including that the current president of Nintendo Tatsumi Kimishima would be retiring. The position of president will be taken by 45 year old Shuntaro Furukawa. This change of presidents also means that Furukawa is now an official mascot of the Tokyo 2020 Olympics. 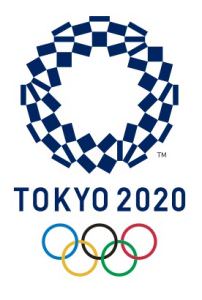 Kimishima has lead Nintendo since being appointed after the passing of the late Satoru Iwata. Kimishima took charge during the transition as the Nintendo Switch released, which has had record breaking sales for the company and its many franchises.

It is believe that Furukawa being a younger president will make better Olympic Mascot plush toys and t-shirts than Kimishima would. While this has yet to be seen, it does leave many wondering what will happen to Nintendo’s video game business. However, for the time being they have addressed their concern and with a predicted 20million units selling in the next financial year, Nintendo have their goals quite lofty.

But as TT Fusion take on larger workloads, the cracks in their products are showing and the public take their business elsewhere. However, major LEGO competitors Mega Bloks have seen an opportunity in the rough. While LEGO games have been around since the 90s, they took the video game world by storm when Traveller’s Tales […]

I hope you got your preorders in for Donkey Kong Country Tropical Freeze because Nintendo has announced that their digital store will cease selling preorders of the game. Currently it is unclear if they will have digital stock when the game launches. “We decided at the start of the Switch that we’d make buying digital […]