A PC gamer’s rig is their life and now 38 year old Alex Partridge of Sydney, Australia can say that her rig is up there with the best of them. A recent measurement of the electrical input required to power every part of her set-up comes to be an amount with a carbon footprint larger than that produced by the African nation of Chad. 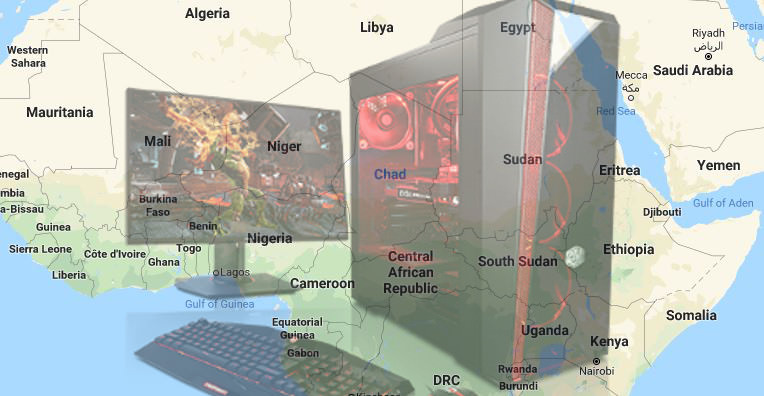 “It’s worth every increased millimetre to the ocean,” says Partridge. “Do you know how many frames a human eye can actually see? I do. It’s 244fps because that’s why my 4K HDR capable monitor can do and my computer can do ALL the frames.”

The energy required to run Partridge’s rig is produced mainly with coal, as Australia continues to struggle to meet its targeted reduction in global emissions. When the amount of power used by the computer set-up is converted against the percentage of emissions, the number suggest that Partridge’s single gaming PC produces more CO2 than all commercial, private and industrial CO2 emissions from the nation of Chad.

But why game on PC when it’s so dangerous to the environment? PC gaming often provides a superior visual experience compared to the console versions of games. This of course comes at a price, with some custom gaming PCs costing more than owning each console on the market. When it comes to cost, Partridge had this to say; “All up my set-up costed around (AU)$5000, though I’m unaware of the operating costs. It’s a small price to pay for the levels of visual fidelity I get. Sometimes I can only tell games from real life based on the facts that real life doesn’t have stunning 32xQCSAA.”

While the technology will become more efficient as time passes, the ability to play games slightly better than others can play them is a treat too sweet to resist for greedy, self-satisfied PC gamers.

Image via: https://www.cyberpowerpc.com/system/Gamer-Master-8500 and Google Maps

After IGN posted that they received an odd scaly, purple egg with a message stating “Something’s about to hatch” signed off by a mysterious “Falcon McBob”, numerous other video game media outlets have posted that they too have received a similar gift. It has become abundantly clear to this srs video game commentator that someone […]

After presenting Ubisoft’s E3 conference in 2011, Mr Caffeine gained notoriety within the online gaming community due to his awkward and uncomfortable tenure hosting the show. Soon after he was locked up in an undisclosed location where he remained, until now that is. On Monday evening Ubisoft announced that the unpleasant character had escaped his […]

Mickey Mouse has long been an instantly recognisable character to children. However with the rise of video games, mascots such as Mario and Pikachu were found to be more recognisable than the beloved 90 year old mouse. However, in the lowest point of his existence, new surveys suggest Ubisoft’s annoying white Rabbids are now more […]