Quantic Dream has produced some of the greatest interactive dramas available to gamers and they promise to deliver again with Detroit: Become Human launching next month. But for the time being a little taster has been made available on the Playstation Store available here: https://store.playstation.com/en-nz/product/EP9000-CUSA10345_00-DETROITDEMO00001 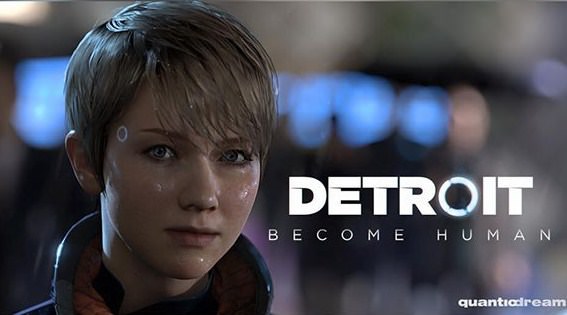 Director David Cage is well known for his love of “emotions” in video games, so this demo should come as a delight to Aaron Hammer, if he were to feel any. Mr Hammer has been a husk for a long period and is hoping he will be using the demo as a taster as to what it’s like to feel again.

“The game is still another month off,” notes Mr Hammer. “I’m just glad to be able to be able to feel emotions now. If I was able to get glad that is.”

While once only associated with walking simulators, game developers have tried attempted to bring ‘emotions’ into core games such as The Last of Us. However for every game that succeeds a dozen remove it. “I thought I felt something while playing Call of Duty Ghosts when I had to press X to pay my respects. Turns out it was just gas,” says Mr Hammer.

Detroit: Become Human will release exclusively on PS4 on May 25th 2018.

Over the past few years the eSports world has taken leaps and bounds to become a professionally competitive arena. And as the business of eSports is grows, so does interest from the general public. A recent leaked memo suggests that EA Sports wants to get in on the action with an eSports simulator. EA Sports […]

Last October celebrated a decade since the release of The Simpsons Game, a mash up of assorted gaming genres published by EA. Since then The Simpsons franchise has not seen a home console release, proving that the game industry may just be able to let a dead horse die a little better than the television […]

With the announcement that Super Smash Bros would be getting a new version on the Nintendo Switch sometime later in 2018, many have been wondering if series director Masahiro Sakurai would be working towards gearing the game towards casual fans or the hardcore serious elite pro-competitive gamers. Today’s leaks suggest it may be the latter. […]