Having struggled to gain footing in the western market, the Vita was a stumble for Sony’s Playstation brand. Released in 2011 in Japan and 2012 in the west, the Vita was best known as an indicator for people go to the bathroom during Playstation’s E3 conference. However a recent report suggests that production of the unit, which still has a fair following in Japan, is ending. This has excited Chet Buckman, the world’s sole Unit 13 fan, as he looks towards the future of Sony’s handheld business. 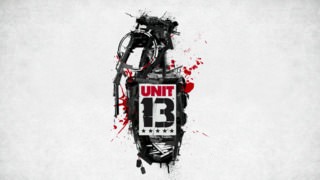 “They’d be stupid not to,” says Buckman of New York City, New York. “It’s definitely the best portable on the market. 6 solid hours of battery, an OLED screen, this thing is great and Sony can only do better from here. Just look at Unit 13, arguably the best game of this current generation. Imagine what that’ll look like bumped up from 576p to 720p. “

Unit 13 was a third-person shooter on the Vita. That is all anyone needs to know about it.

“The Vita should’ve crushed Ningaybo’s 3DS if people weren’t idiots and could actually appreciate real tech and not a Tamagotchi with dumb screens. 3DS? More like 3 Dudes Sucking each other. Burn,” argues Buckman. “I believe that Sony’s next handheld will crush whatever Nintendo’s next handheld is, like how the PS4 is currently crushing the Switch.”

Nintendo gets new younger president ahead of 2020 Olympics

In Nintendo’s investor information release this week it was announced that a number of senior positions would be changing including that the current president of Nintendo Tatsumi Kimishima would be retiring. The position of president will be taken by 45 year old Shuntaro Furukawa. This change of presidents also means that Furukawa is now an […]

Player discovers 17 extra hours of content in The Order: 1886

Upon its release in February 2015, Ready at Dawn’s The Order: 1886 was panned considerably for its incredibly short campaign alongside numerous shortcomings. Many believed a game retailing for $60 with no multiplayer to add replayability should have a story as short as 5 hours. However, a gamer has surprised the internet after discovering that […]