When Halo: Combat Evolved released during the 2001 holiday season alongside the original Xbox, many gamers were delighted to find a playable first-person shooter on a home console, introducing many elements that made it stand out from other console shooters. Fast forward 14 years and arguably one of the worst shooters of all time releases on the Wii U. Now Tomonobu Itagaki, director of 2015’s Devil’s Third, has come out saying that his game took many cues from Halo. 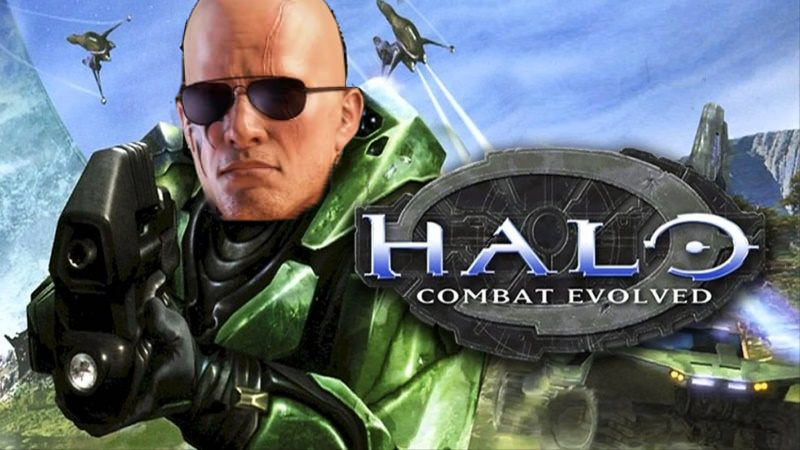 “While Halo mastered twin-stick shooting, that’s not what I was entirely inspired by,” says Itagaki. “It was the world lay-out. Confusing and poorly designed stages, poor placement of enemies. This is what I noticed when playing Halo. I knew I wanted to make a game that exemplified that”

Halo: Combat Evolved was a critical darling which brought Microsoft and Bungie much success, so much so that Bungie made an almost MMO of the game for PS4. Itagaki was disappointed that reviewers played his game wrong, hence the poor reviews, as the reviewers clearly didn’t take the time to compare it to the master-piece that was Halo.

“Devil’s Third is practically a shot-for-shot remake of Halo but with more badass tattoos, drummers and bald heads. Also I’d have Cortana sex on the Master Chief.”

When Sydney man Chuck Hamilton noticed how much he was spending on games a month he decided to put a small note in his wallet saying “Thank You”, in an attempt to make him feel better about his life and to give the sensation that someone could possibly care about him. “It’s like the wallet […]

Was EA’s Star Wars: Battlefront II fiasco a ruse by the Trump administration?

In late 2017 game publisher EA saw a backlash against their Star Wars: Battlefront II release, which was jam packed with unfair loot-boxes and content locks. A US senator argued that the game was a “Star Wars themed casino”. But could it have been that the Star Wars Battlefront II fiasco was a ploy initiated […]

Souls fan accidentally says he is “Dark Souls” before sex

As many gamers know, the concept of a game being hard was invented in 2009 upon the release of Demon’s Souls by FromSoftware, quickly redefining the word for many hardcore video gamers. Now a 22 Lewis Tamson has made the boner of describing his erection as “Dark Souls”. “I knew he was a gamer, but […]