SEGA have revealed Shenmue 1+2 at their SEGA Fan Meeting event in Japan. They revealed that the games are their most demanded rerelease by western audiences. This is welcome news to the many people who backed the Kickstarter for Shenmue 3 despite never playing the originals. 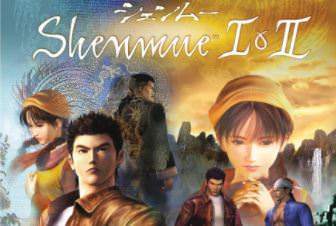 “I never actually played the Shenmue games,” says Pete Oleman, a backer of the Shenmue 3. “In fact I never owned a Dreamcast. But when I saw it on stage at Playstation’s E3 conference back in 2015 I knew I had to support the project. It definitely seemed like a game I would want, why else would Playstation let it on stage?”

With the Shenmue 1+2 collection announced over the weekend, many have celebrated the ability to finally see what all the fuss is about. Many backers of the Shenmue 3 Kickstarter will be experiencing the series for the first time, as the Dreamcast and original game sold poorly and many looking over the sequel’s release on the original Xbox.

“When I saw these rereleases were finally happening I was very excited. I’ve had ROMs for the games on my computer for a while but I guess SEGA has finally bestowed me the privilege to play them legally. I just hope they don’t suck. Otherwise I’ve invested >$100 on basically one game and 2 obligations.”

Jet engines are very fine piece of machinery but of course are well known for the enormous amount of noise they produce. However, a group of workers testing engines for QANTAS were found to be reproducing the sound with launch PlayStation 4 consoles. The workers had lined up 3 PS4s by the closed door to […]

Nintendo had no shortages of victories relating to their Wii-era of gaming, producing incredible games such as Super Mario Galaxy and Kirby’s Epic Yarn while also introduce a whole new type of gamer to the market. Now they can claim another victory after a mandatory write-in survey in Australia concluded that “Wii Bowling” was the […]