Many attendees of Game Arcade Smash Nova Expo (GASNX) enjoyed their time at the convention, though many have questioned why the panels streamed live online featured numerous empty seats while many stood. 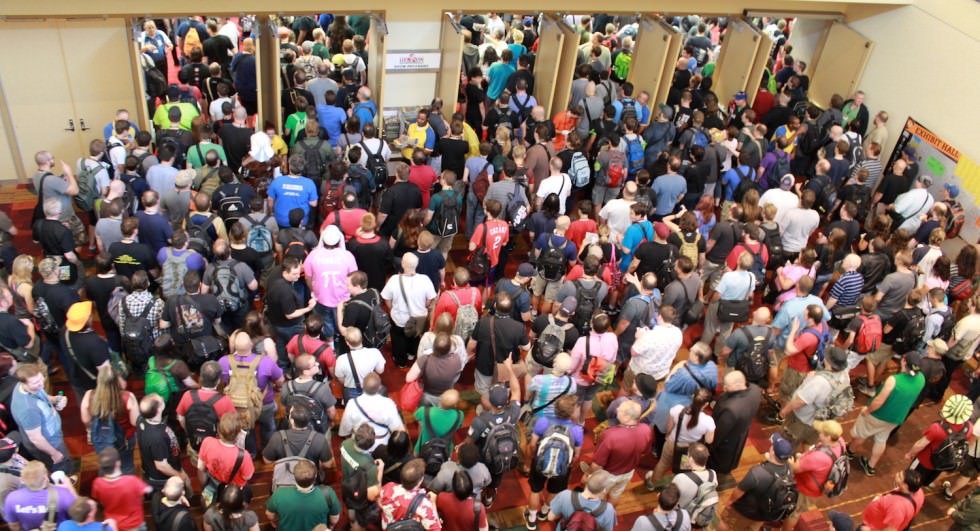 “There were heaps of empty chairs, but those were reserved for the VIP members,” says Garry Jansenmanson, head of the GASNX expo. “If these people are too ugly and cheap to sprout the extra $20 they should stand. I won’t stand for them sitting.” There was a solid 10 seconds of silence following this.

Online viewers estimate that only about 40% of seats were actually occupied. Attendees we asked said the number of those standing versus those seated was about 6 to 1, though many said they were fine with this.

Chuck Nards said “I’m more than happy to stand if I’m saving $20.” When asked if it was right that there were free seats while many stood, Nards said “I didn’t want to cause a scene. There was this one person in a wheelchair who was told to leave it at the door because they only had the $70 pass. Apparently a panel on 90s nostalgia by a bunch of people in their 40s who play games weren’t enough to get them to walk.”

After a reveal in early 2017, Square Enix has gone quiet on their Marvel Avenger’s project. With Crystal Dynamics and Eidos Montreal working on the game, it was expected that the project would see much fanfare but not much has been said since the initial reveal. We now have a reason for the radio silence […]

Having struggled to gain footing in the western market, the Vita was a stumble for Sony’s Playstation brand. Released in 2011 in Japan and 2012 in the west, the Vita was best known as an indicator for people go to the bathroom during Playstation’s E3 conference. However a recent report suggests that production of the […]

Straight after the Money Moose but before revealing how many days he’s gone without washing his suit, Kent Hartman on the hit morning breakfast show, Morning TV Friends, made a pledge to gamers out there suggesting they perform violent acts to give the breakfast television show more content to cover. “Ratings are down, and I’m […]