When Sydney man Chuck Hamilton noticed how much he was spending on games a month he decided to put a small note in his wallet saying “Thank You”, in an attempt to make him feel better about his life and to give the sensation that someone could possibly care about him. 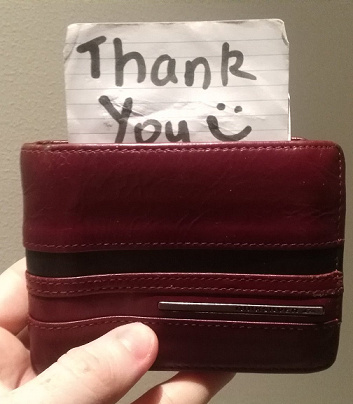 “It’s like the wallet is thanking me for relieving the stress of carrying that $50 note. I picture it holding that note in its body like it’s pregnant. When this doesn’t turn me on, I find it quite humorous.”

In an increasingly digital age Chuck is finding it harder to justify a trip to his local EB Games. Despite his Level 4 EB World membership and biweekly visits for the last 12 years, he feels store staff hardly notice his presence.

“One of the clerks called me Mike,” says Hamilton. “But when it comes to my wallet, it’s just nice to be thanked for something.”

Creator of classic gaming series such as Mario and Zelda, Shigeru Miyamoto announced today that he would not be running for president of the United States of America. This claim was made on the grounds that he already had a fairly large workload. “I am sorry, I would run to be the president of America […]

Shenmue 3 backer excited to play 1+2 rerelease, has no clue what he backed

SEGA have revealed Shenmue 1+2 at their SEGA Fan Meeting event in Japan. They revealed that the games are their most demanded rerelease by western audiences. This is welcome news to the many people who backed the Kickstarter for Shenmue 3 despite never playing the originals. “I never actually played the Shenmue games,” says Pete […]

Rumours have flown for years about Mother 3 getting a localised release. Some say the translation is complete, others claimed it would be released during one of the Wii U’s many drought periods and even some claiming it would come early on the Switch. Now series fan Troy Harrison has declared that the game will […]